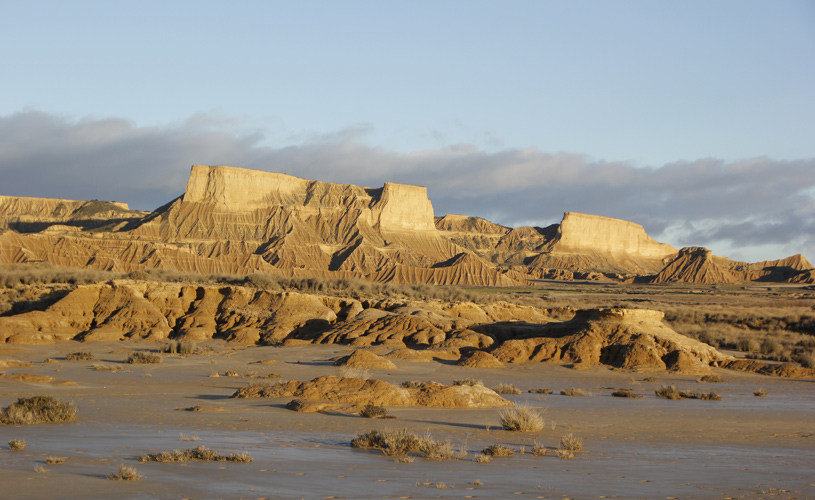 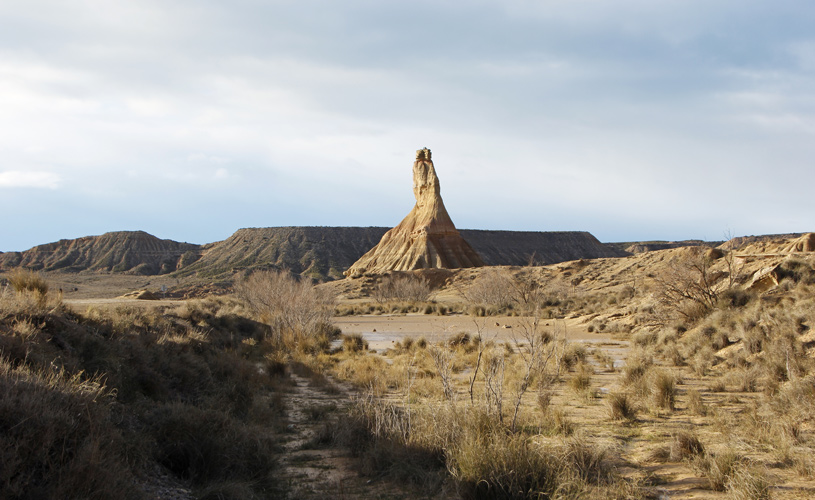 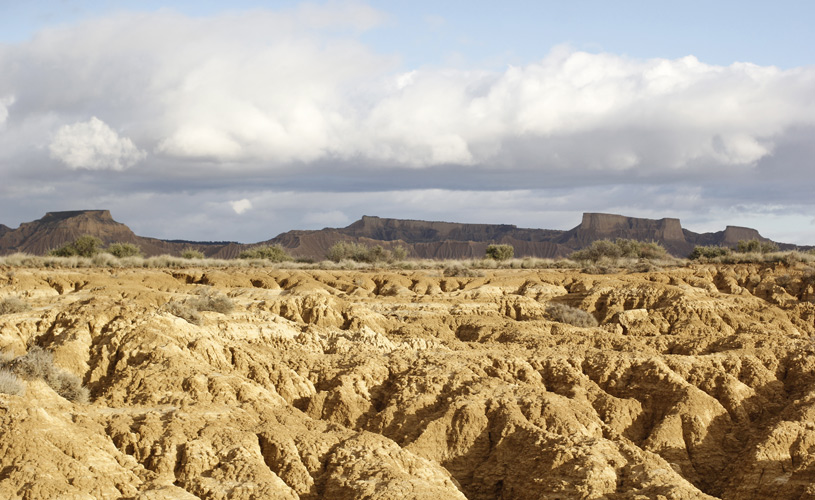 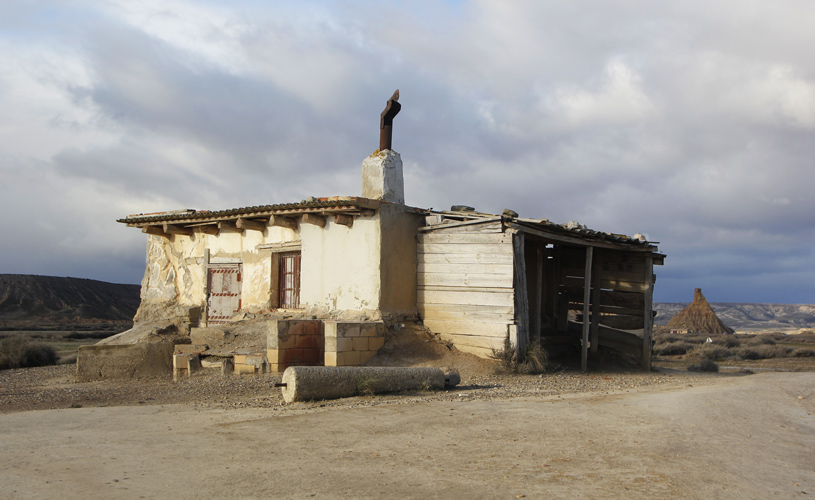 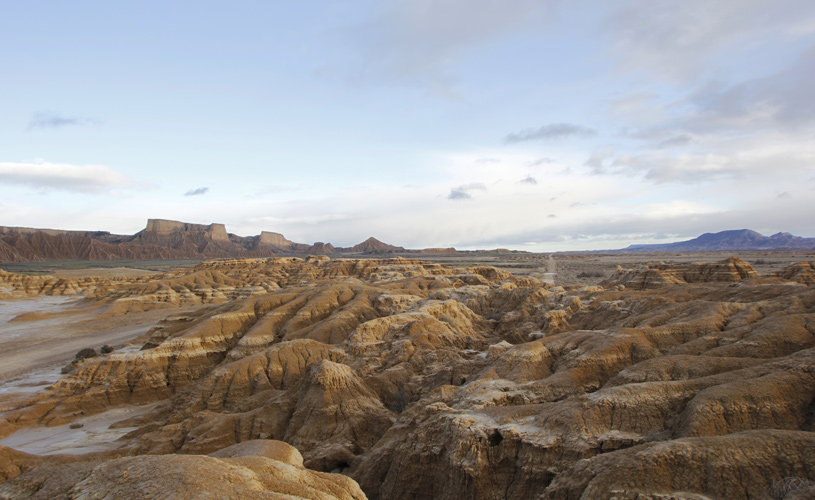 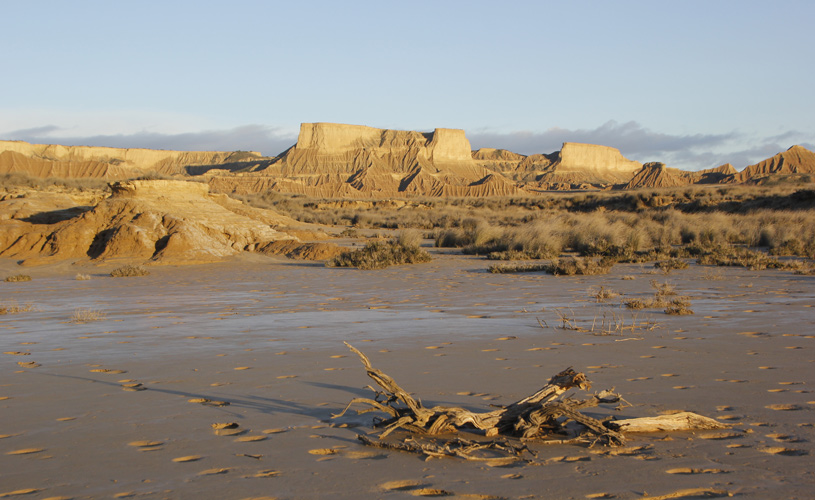 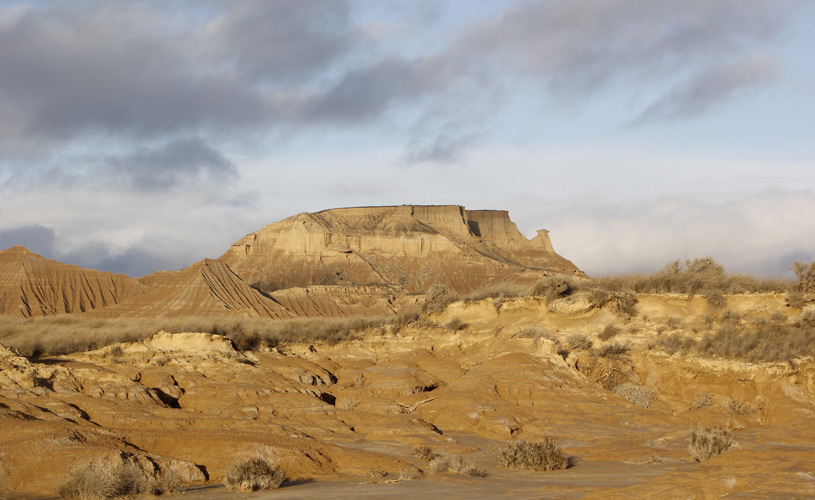 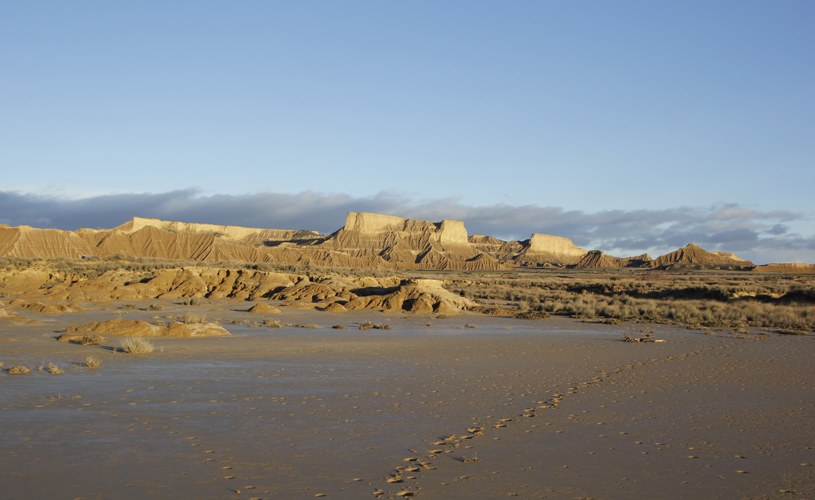 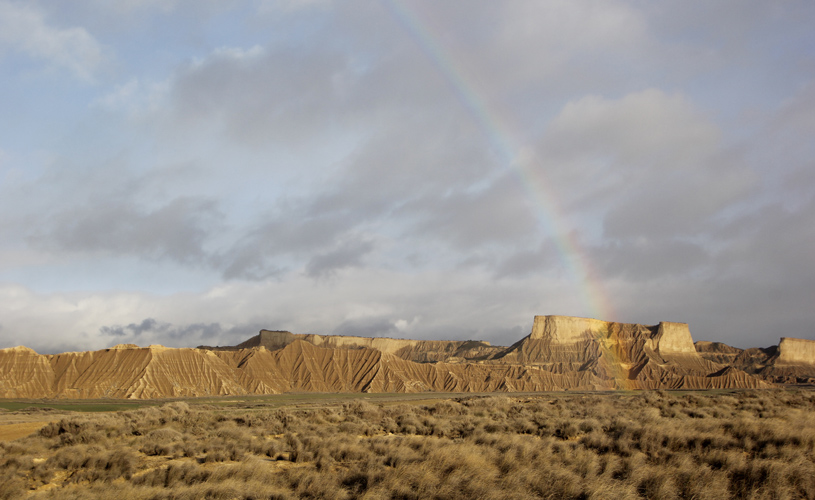 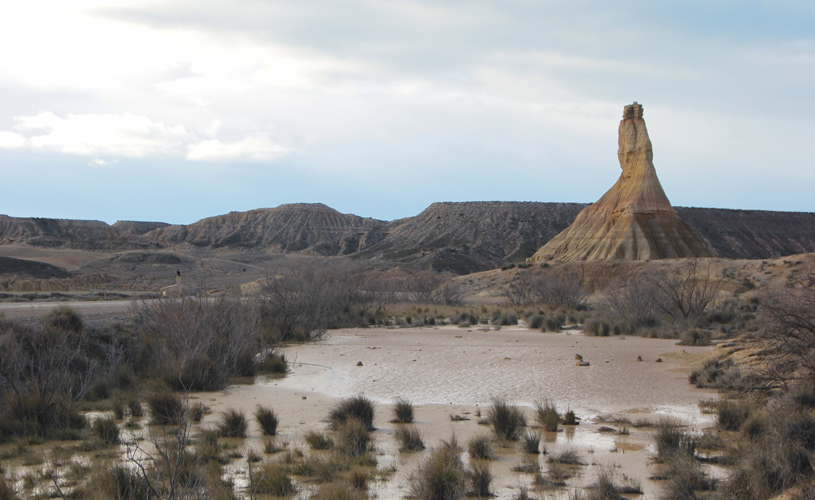 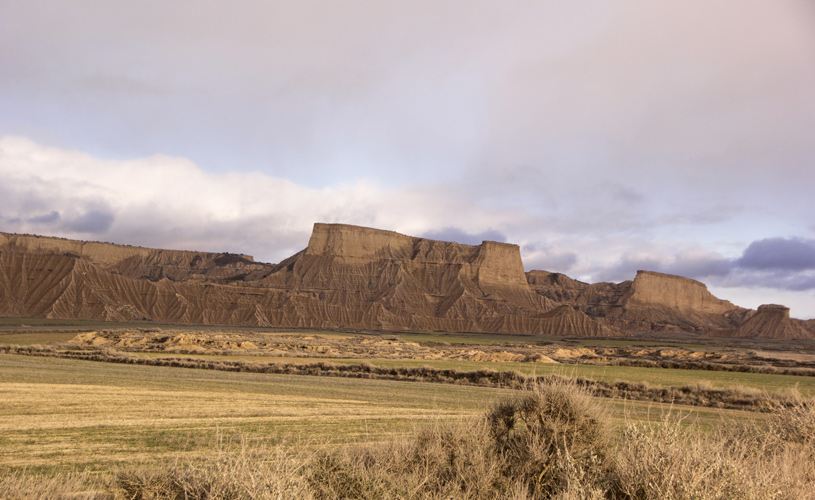 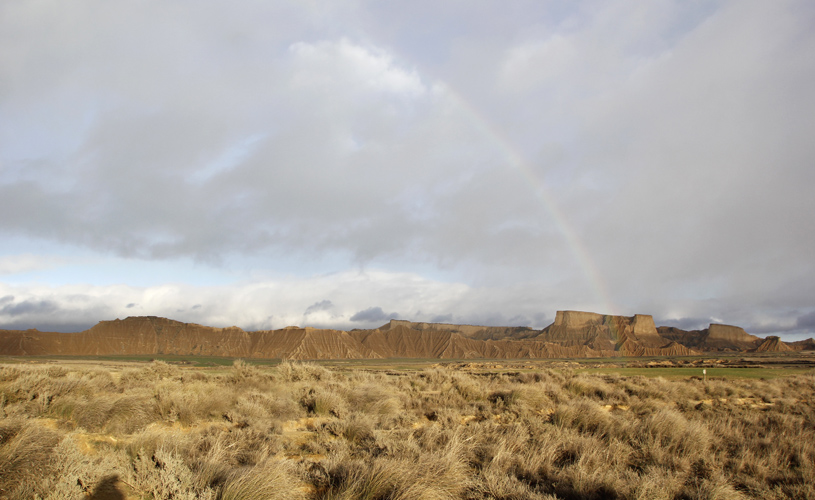 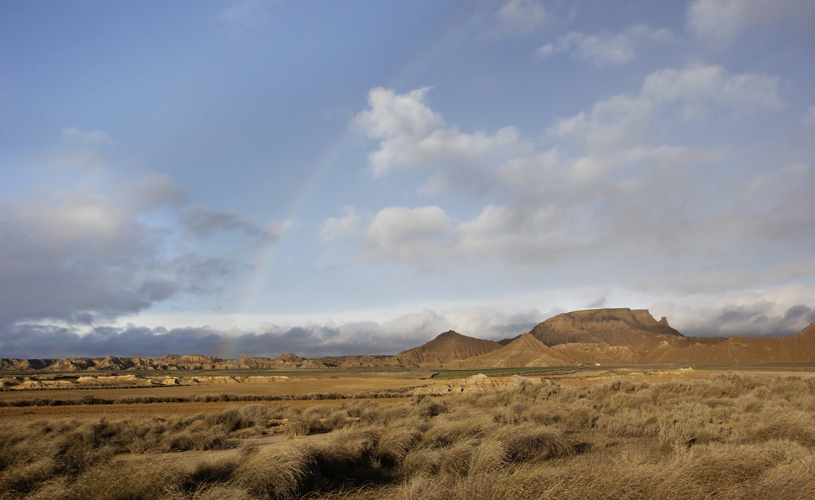 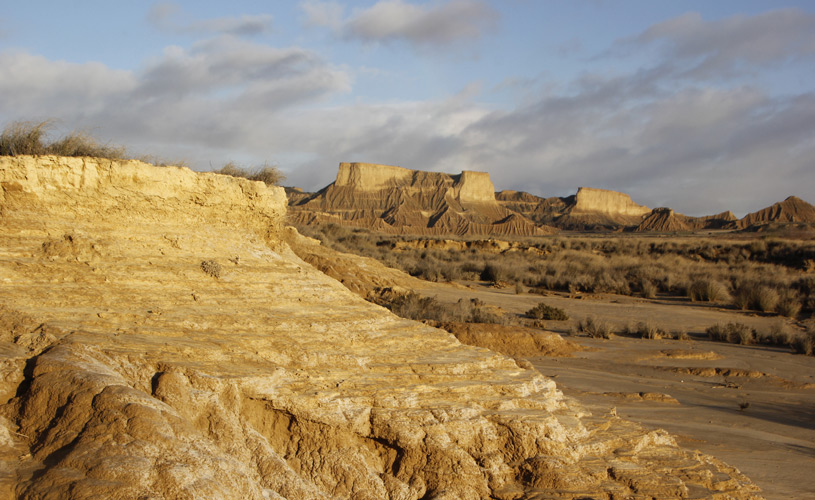 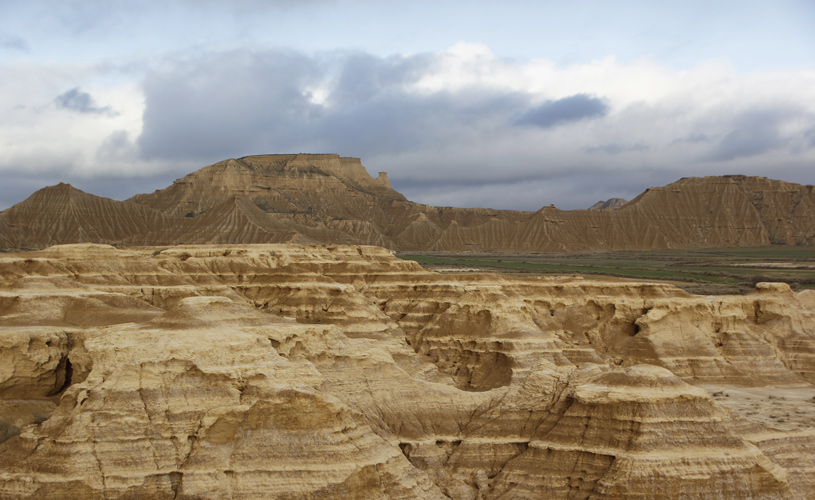 We could say that this semi-desert territory, natural park and biosphere reserve of about 42,000 hectares located southeast of Navarra is a unique place that will not leave anyone indifferent to visit.

We could say that it has an altitude between 280 and 659 meters and is located at a point equidistant between the Pyrenees and the Iberian mountain range. From there you can see both mountain ranges in the distance. With this we have secured good panoramic views, without undermining the close-ups, those that enter you in this land of clay, gypsum and sandstone eroded by the wind. Its singular and capricious forms in ravines, solitary hills called "cabezos" and plateaus of tabular structure, and zones like the Corner of the Bú, Castildetierra, the Ralla and the Rallón, Piskerra, the Falls of the Black, the Curtains or the Great Barranco , Are a good reason to enter into their territory and explore it closely, step by step. It is a territory much appreciated for walks on foot, by bike, on horseback or in 4 x 4; Being especially appreciated among photographers, filmmakers, biologists or simply among lovers of Nature.

We could talk about its history as a hunting area of Navarrese royalty in distant times and of the castle of Doña Blanca located in the term of the Vedado de Egúaras; Or Sanchicorrota's head as a hideout for bandits in times of hunger. We could even speak of the 22 conquering peoples who surround this vast and rugged territory, who cultivate and graze for it. Usufructuaries of this land since it was cleared and opened for agricultural and livestock exploitation, also military because of its strategic location.

But with all this, we will only stay on the surface of this unique spot. Because "La Bardena", as the locals call it, is always something more. It is a place with a soul and heart of its own that permeates those who live at its height. You will notice it when you hear about the people of the area. They speak of her as a living being with a proper name, as a familiar familiar "La Bardena" It may be strange but little by little you can understand.

It can not be otherwise for those who see her changing her skin with each season: sucking cupping springs with their cereal fields swaying begging for more rain for harvest this year; Yellow and ocher desolate summers where early mornings and nights are the best time to walk through it; The autumns with all the spectrum of lights in that magnificent sky that dyes the land of contrasts and allows to appreciate its wide range of earthy colors, or dry winters in general, and hard if it is the wind that accompanies them. Here, one grows watching her transform.

It can not be otherwise for those who are part of their family history from generation to generation, and have suffered, cared for and enjoyed. For those who know it closely and know its corners, its secrets and details. As a familiar being that is, La Bardena is open to anyone who wants to know and Arguedas is your best door to visit and discover.